“Welcome to hell!” a Kenyan man standing by a row of rental bikes shouted, obviously amused at his joke. “Would you like to buy a map?”

Liz and I had just turned off the main road from our camp ground by Lake Naivasha, headed to the Elsa entrance of Hell’s Gate National Park on rickety bikes that were already beginning to make our bums sore. We decided to take him up on his offer and Liz handed over a dollar for a sorry excuse of a map, a badly drawn, photocopied sketch of the area, that would end up being little use to us when we really did get lost — a second joke on the map-seller’s part — before struggling up a dirt road on a slight incline to the entrance of Hell’s Gate, to the entrance of hell, you might say.

We shattered some preconceptions that day: apparently, Hell has zebras. And giraffes, warthogs, gazelle, baboons, and buffalo.

It was beautiful, and probably not the image you’d conjure up if I had just told you “we just visited Hell”. But it also wasn’t the image you’d get if I were to say I had been on safari in Kenya.

To start with, Hell’s Gate doesn’t have any predators, a small dissappointment since they’re a main safari attraction, but at the same time great because it allows for another unique feature of the park to exist.

You can bike and walk — unguided — through the park, instead of traveling by car.

I loved that part. Even if the bike seats had our butts acheing for two days after, it was worth it to stand in the middle of a grassy plain, just a few feet away from the wildlife (if you had managed to walk quietly enough not to startle them), and pretend like we were the only humans around for miles. Going unguided also gave us the feeling of discovering something new and setting out on a true, rugged, adventure. Our discoveries were our own. This was what I had imagined safaris were like, before a long ago trip to South Africa taught me that Safari in Africa was synonymous with looking at far away wildlife with binoculars from a Land Rover.

Scrambling through the canyon 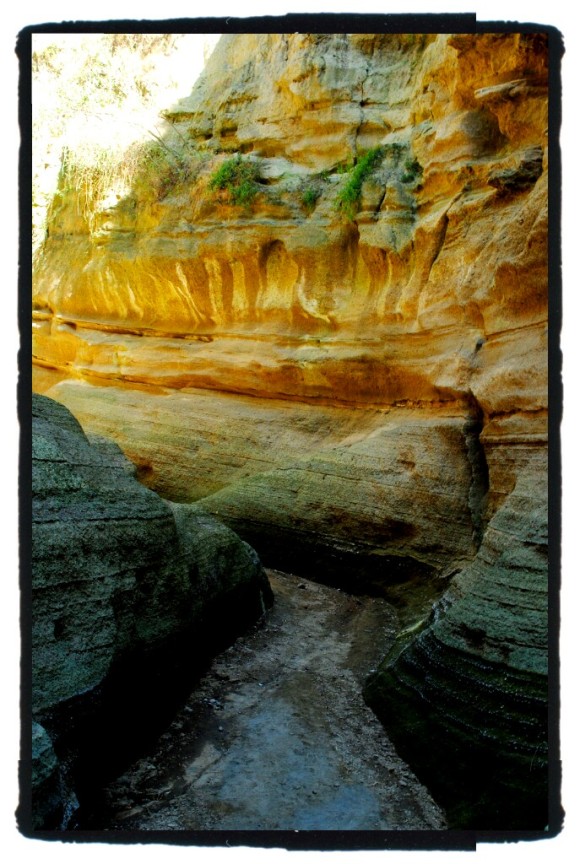 We did, however, have to hire a guide to wander through the serpintine, sand-colored, Hell’s Gate canyon and recent filming site for Tomb Raider II.

As we trodded along, ocassionaly stopping to admire the naturally hot water trickeling from the rocks, my thoughts bounced between wondering what the filming crews had done about the graffiti on the wall, and why exactly inspired the first explorers to visit this place, Fischer and Thompson, to call it “Hell’s Gate”. Did they take the hot water and active volcanoe as signs that a firey underworld sat just beneath the surface? Who knows, but it was fun to think about.

About one kilometer from the park entrance stands a tall, slender, pyramid-shaped pile of rocks called Fischer’s Tower. Besides being able to bike among the wildlife, this tower was our other main motivation for visiting the park: you could rock climb. Before heading off into the park, we had just noticed a small mention of rock climbing in a guide book (“in Hell’s Gate you can bike, hike, rock climb, and …”) which is pretty typical really. I’ve found that as a nomadic climber, the normal range of guide books won’t do much more than mention the possibility of rock climbing, and to really track down a good climbing spot requires more word-of-mouth and internet research.

Upon arrival, we learned that this tower was mostly trad climbing — which we didn’t have gear for — but had a solid 5.7, 5.8, and 5.9 sport climb routes that we were able to hop on to and get our fix (thanks to the Kenyan rock climbing guide who spends his days posted up at the bottom of the tower, renting out equipment for tourists who want to go vertical, who took pity on our rope-less situation). The tall rock walls surrounding the valley also offered a variety of more challenging climbs, but again, not bolted. Our new friend told us that he had been working in the valley for over 6 years and knew all the routes. For anyone who wants more beta, showing up at the tower and interrogating him might not be a bad way to do so. 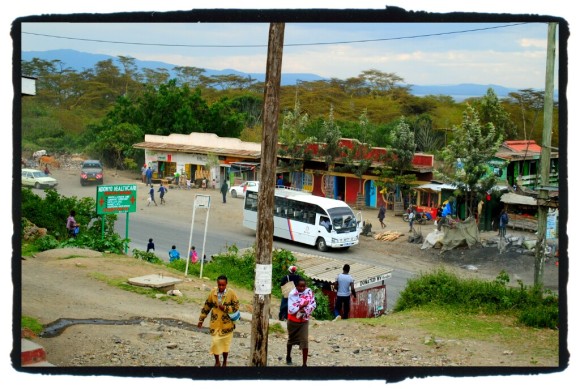