Back to the Developed World

After over a consecutive year and a half in Madagascar – minus three weeks in Thailand – stepping off the airplane in La Reunion felt like going back in time to the world of my memories. At first glance, it was the developed world of my daydreams when I’m having a bad day in Mada. There were paved roads, large busses that didn’t sputter black exhaust fumes, quaint cafes, and an overarching scent of plastic, clean, and sea, rather than piss and unidentifiable stench. (Seriously Madagascar, would you stop peeing on everything?) Most everyone had shoes, and even if they were wearing cheap clothes they were still the sort of thing only Malagasy with a higher status could afford. I noticed two beggars in the entire week I was there.

Judging from our surroundings, Chip and I knew this trip was going to be easy. Normally, I like a challenge while traveling. I like choosing the more difficult route, because it usually means more adventure; better stories. Peace Corps has been one long series of travel challenges and honestly, I’m getting a bit tired and burnt out. For once, the thought of exploring a place where I didn’t even have to bargain for a freaking coconut made me excited to be there.

Couchsurfing and a Home-Cooked Creole Feast

Being in La Reunion also meant I got to do something else I haven’t done in a long, long time: couchsurf. We ended up getting hosted by a group of seven friends – one Reunionese and six French – who lived in a house that overlooked Saint Denis and the Indian Ocean. I like surfing in houses like that because it means there’s always something going on, but, if I’m honest, the language barrier made things a little awkward at first. Chip and I sort of speak French, and could handle ourselves one on one, but once the group started going and making jokes, I clammed up. Even so, I still ended up really liking the group.

Then again, how could I not? They were all laid-back, 20- and 30-somethings who had moved from France to La Reunion “for the sun,” and a more relaxed lifestyle. Our first night there, the one Reunionese housemate and de-facto chef of the house, Fred, cooked up a huge meal of Reunionese creole food.

“I saw on your blog that you like food,” he said.

“Fred should be a detective,” one of the others joked.

I was flattered that he had read some of these silly blog posts that I’ve been writing (seriously, I’m always a little flabbergasted that people read my dribble, and that my following has grown to what it is… oh, and hi Fred!). I was even more surprised that he had rightly assumed that we’d appreciate some creole home cooking and had gone through the trouble of putting it all together. He started off with a steamed dumpling called bouchons, stuffed with duck and vanilla. I never would have thought to put those two flavors together (although I did once eat a delicious vanilla zebu steak in Madagascar) but they were fantastic; a tangy mix of sweet and savory. The main meal looked much like Malagasy food, but with more use of spices and a better rice to other stuff ratio. The spread included a spicy cucumber salad, bread mafana – a cooked leafy greens dish – pork with sauce, beans, and rice. The meat and beans thing became a common theme during our meals, and I left Reunion feeling like I had just consumed a year’s worth of protein.

Breaking Out the Funk Moves

Totally stuffed with food, wine, and beer, Chip and I and three of the other housemates left to go dancing at Funky Terrace at Les Récréateurs – a dance night that played old funk, disco, and reggae hits while reruns of Soul Train were projected onto a wall. “We usually go every Wednesday, but they were closed for awhile because someone brought a gun into the bar. Now they’re open again,” one of them told us before we left. Oh, phew, I thought, funk dance night is back on.

At the bar, I felt like a ‘real human’. Nobody creepily tried to dance behind me on the dance floor. We could pay for our beers with credit cards. People bought rounds (and I still feel bad that we never were able to sneak in there and buy a round for our CS hosts). It all felt foreign yet familiar. I fumbled, but it was fantastic. I drank beer and did the twist. Sadly though, at midnight exactly, the DJ cut off the music and we drove home in a tired, beer haze. Before crashing, Chip and I got instructions on how to get to the beach by bus, figuring that even if La Reunion isn’t much known for its beaches (they’re littered with pine needles and rock fish dot the waters), lounging by the ocean was exactly the sort of day we wanted to have after a night of a few too many drinks. Without a doubt, this trip was going to be blissfully easy. 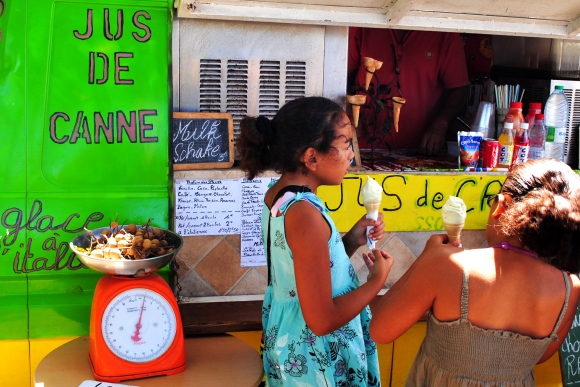 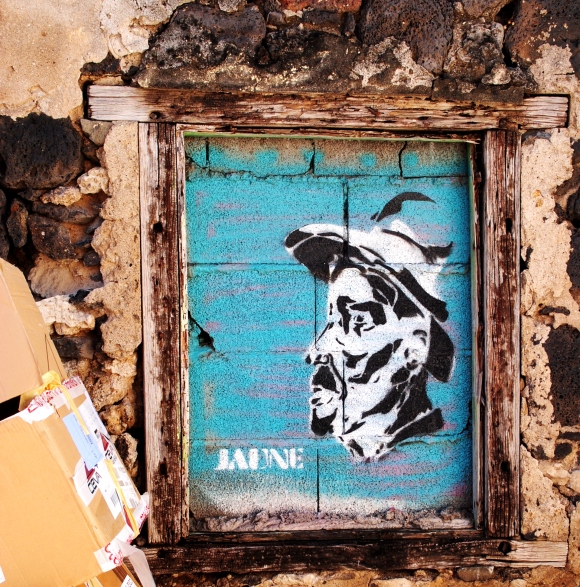 One reply on “Hello Reunion, Thanks for Smelling Nice”

One can get arrested and locked up for 48 hours for peeing anywhere in urban areas in Madagascar since 2004.
I didn’t know you can make juice out of sugar cane.