Standing in the mess of twisted vines and jungle overgrowth in Bwindi Impenetrable Forest, our little group of explorers — myself, my friend, a middle-aged Swedish couple, our guide, scouts, and trackers — stood in silence as we stared at a family of silverback gorillas in front of us. They stared back, equally curious. A loud, humming sound broke the silence, and one of the Swedes turned to our guide and asked, “what was that?” in a voice that suggested wonder and excitement.

Our guide, the only woman working as a guide in the park, smiled and began to giggle like the schoolgirl she must have been years ago. “Hehehe – they are farting,” she said and we all began to smile and laugh softly. Even the scouts and trackers, who never spoke enough for me to know just how much English they knew, began to chuckle. The sound happened again, and we all looked knowingly at each other and continued our immature, muted giggles. 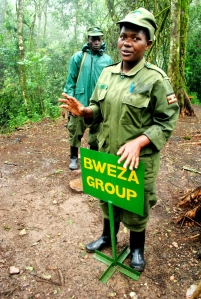 “They ate a really big breakfast,” our guide said, continuing the joke.

And for an hour, they continued to lounge in the jungle, farting, pooping, growling at each other, and sometimes lumbering over into another part of the forest. At one point, one of the females, seemingly annoyed at her audience, charged at us and one of the trackers raised his machete and barked back at her. She backed down.

“You always have to show that you aren’t afraid. They’re just trying to scare you, but if you try to run, they may pick you up. They’re really strong and can break your bones or kill you really easily. They don’t always mean to, they’re just so strong.” Our guide had cautioned us.

After one hour, we had to leave before we over stayed our welcome and really began to piss off the gorillas.

Since trekking in Uganda in September, I’ve gotten a lot of questions from other travelers about the experience and I thought I would include them here in case you were wondering the same thing:

Was it worth the money?

Honestly, I try not to think about it. I was a lot of money for what it was, but the proceeds from the $500 per person permits go back into protecting the gorillas and their environment, and improving the standards of living in nearby communities (related goals, really). Also, even though the trek was brief, it was incredibly well run and you could tell a lot of work and money goes in to protecting the park. Trackers, guides, and scouts are well-trained, and the guides all speak excellent English.

Is there any way to do it cheaper?

All in all, we paid $900 each for the permit, private transportation to/from Kampala, hotels, water, and all our meals, through Cheap Uganda Safaris. While we don’t regret the splurge (our driver/guide, Alex, who runs his own company, Freelyn Adventures when not freelancing for others, was awesome and it was nice to break up our budget backpacking with a bit of uncomplicated luxury) we could have done it cheaper. We could have linked up with other travelers since tour prices drop as the number of people increases, or taken the independent route, buying the permits ourselves, making it to Kabale by bus and hiring a driver from there, getting all of our own food, and camping in our tent. Also, a lot of tour companies buy permits in advance and so towards the end of the tourist season, around November, some will have discounts on their tours and will sell the permits off for about $350. The trade-off here is that it’s rainy season, and the trail is muddy and slippery. 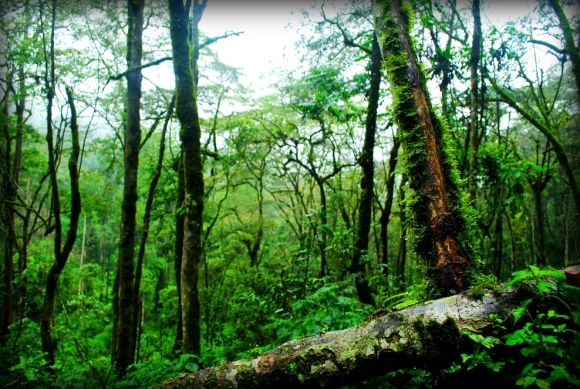 Do you always get to see the gorillas?

It’s pretty much guaranteed. We asked this question to our guide who said yes, she’s always been able to find the gorillas. The park tracks each family’s movements and at the beginning of the day, trackers set out well before the guides and hikers to locate the families based on where they were last seen. Guides and trackers communicate with walkie talkies for updates on their whereabouts. When we asked our guide what was the longest it ever took to locacte them, she said “about 10 hours.”

“We had to call the office on our walkie-talkies and have them bring us dinner and more water,” she said, remembering the experience.

For us, we found them in about 2 hours, stayed for an hour, and were the first group out of the park. 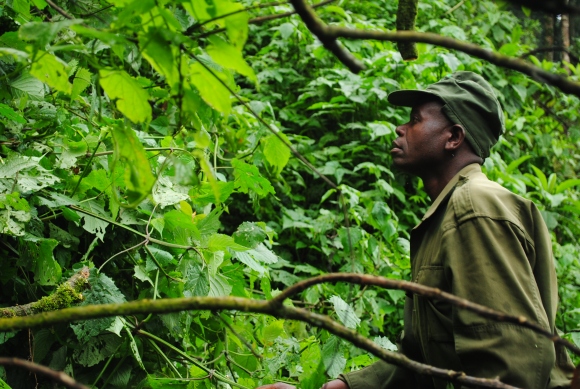 So, it was pretty amazing then?

I’d be kind of an asshole if I said no, right? Just kidding. It was amazing, but far too short an amount of time. Also, I think seeing the gorillas (sitting around, farting, eating, looking at me with a strangely human face) made it easier to relate to them and grasp the commonalities humans have with other primates. So, in a way it made them less of this incredible, mysterious animal that exists somewhere-out-there in the world and more of a familiar face. Maybe I’m being vague, but it wasn’t like seeing lemurs and thinking about how cute and amusing they are, but being in the presence of an animal that you know is watching and observing you as much as you are it was a totally different nature viewing experience. They’re intelligent and complex, and you feel that.