I never thought I’d actually be writing this post. For one, so many people are already talking about how to make it as a travel blogger, even running whole courses or consulting agencies on it. I always thought “what do I have to contribute to the conversation?”

Secondly, I still very much felt like a blogging newb until just recently. But after editing for Go Overseas and picking up assignments for more (and better!) publications over the past year, I’ve actually had people start asking me the “how do I become a travel writer / blogger like you?” question.

It means a lot to me that my (modest) audience is interested inwhat I have to say (seriously guys, huge warm-fuzzy back to y’all!). However, I more or less give the same advice each time, and so without further ado, I present to you Jessie Beck’s advice on making it as a travel writer:

Firstly, Set Up a Blog

Your blog is your portfolio, your space to experiment, and — maybe sad to say — a place where rejected stories can get published. Seriously, I’ve thought many times “well, if the editor doesn’t like this piece, I can always publish it on my blog.” For example, Drinking Coffee with Tomoca was an article that I pitched, and then had rejected, by another blog.

Even if you’re not making any money off your blog (which you can do through native advertising, Amazon Associates, CPC campaigns, e-books, and other creative strategies), it’s a great way to showcase your work, build an audience, and get noticed for certain topics. It doesn’t happen often, but I have been offered work a couple of times by people who stumbled on my blog, and (more often) used it as leverage to get other gigs.

When you’re first starting, set up goals. Aim to publish once a month, once every two weeks, or once a week if you’re super ambitious. Remember though, quality is more important than quantity, and it’s 100% OK if you don’t publish super often, so long as you’re consistent and your audience knows what to expect (look at how often I’m posting! Not too often…)

Set a “niche” or expertise for yourself that sets you apart from the rest. Travel writer / blogger is too broad. Solo travel blogger, or adventure travel blogger, is better.

This doesn’t mean you can’t step outside your niche or even have multiple niches, but it’s helpful to “get known” for something. It also makes repurposing material easier.

Approach it As a Profession

Read everything you can not just a out travel writing, but freelancing, editing, and writing in general. Successful travel writers are professional and know how to navigate editorial space. To start, I’d suggest subscribing to Contently’s The Freelancer — it’s a great professional development resource for writers, editors, and content strategiests alike. 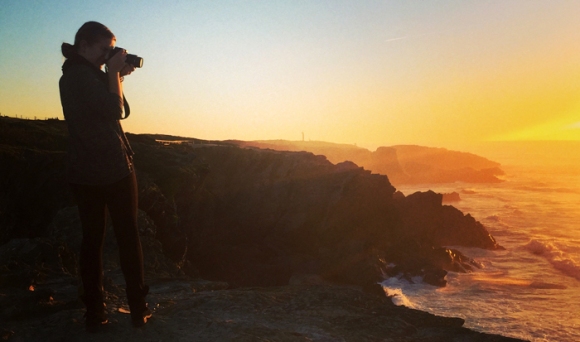 Look into real life networking, like conferences (TBEX and Wonder Social Exchange are two big ones for travel bloggers) or meet up groups. For anyone in the travel industry, Travel Massive is a fantastic, and regular, industry networking event that has chapters around the world.

The best way to become a better writer is to write a lot. Read a lot. Your blog is the perfect space to play around with that (and track your evolution!)

If you’re trying to get into print, well, I don’t have much advice for you. I’ve never had my work published anywhere outside the digital sphere. However, if your main goal is to blog or to get published on online magazines, websites, blogs, etc. then there are a few other skills you should develop:

So, technically the two platforms merged, so it doesn’t matter much which one you sign up for. However, both of them offer freelancers (writers and bloggers) opportunities to connect with publications who need content.

Overall, they’re not as good as the assignments you’d get by actually building a relationship with a publication or editor, but sometimes a rare gem will pop up. In 2014, I took on four clients via Elance (now UpWork), but only one of them (a blog for ESL learners) turned into a regular thing. Not the best, but better than nothing.

Obviously, you can read my whole story and see everywhere (well, almost everywhere) that I’ve been published on The Nomadic Beat’s about page. But just in case you’re too lazy to click over, my story in a nutshell:

2011: I got into travel blogging before departing Peace Corps. Part out of boredom while working at temp jobs that didn’t really expect much of me, but let me sit in front of a computer all day “just surfing the web”. I felt like I had to do SOMETHING other than check Facebook, and started The Nomadic Beat (then Beat Nomad) Around that time, I also got paid for my first article ever with Go Overseas, and that really built my confidence.

2012: The Nomadic Beat got featured on WordPress for Going Coastal in Mahajunga, Madagascar and my following blew up overnight. I got published on several more small – medium sized blogs.

2013: Became a regular columnist at Go Overseas, joined Elance, and expanded both my portfolio and revenue from freelancing.

2014: Came on as Go Overseas’ Editor in Chief, and met another milestone: doubling my ask price per article. The Nomadic Beat began ranking for several key articles (like Traveling Solo in Tokyo) and my traffic increased significantly with Google’s Panda update in October 2014.

Looking back, I made a lot of mistakes, wrote some ultra dorky e-mails and pitches, but ultimately learned from them and just kept at it. Being in Peace Corps helped tons, since I was able to write for free / a small pittance and not worry about making ends meet while building my network and portfolio. Ultimately, it takes time, professionalism, and dedication. Best of luck to you all!

Remember when, back in the day, you’d start up your dial-up internet, most likely with AOL, and your computer would make these obnoxious whrrring sounds, a long, high-pitched eeeeee-rrrrrr, and maybe at some point your family would yell at you to get off the internet because they needed to use the phone? Remember how tediously slow it was? Yeah, well blogging from my home in Madagascar, with an internet stick (a small device you plug into a USB outlet and connects to the internet with 3G through a local phone tower) feels a lot like that.

Some days, I’ll click on a link to an article I want to read, get up, make some coffee, write a few things on word, check it – still not loaded – get distracted, and before I know it, half an hour has gone by and all I can see is half an image, slowly loading line by pixelated line, and I give up. I’ve had days when even twitter, a relatively low bandwidth site, takes ages to load. For one of my most recent posts, I spent a day and a half uploading the seven images I wanted to include with the post – and that was with comparatively “good” wifi at a hotel and not my dinky internet stick. Blogging in these conditions can be seriously painful.

And of course, there are all the other weird obstacles in the way. I missed a Skype date once because a cyclone had somehow wiped out all the wifi in the entire city of Antsirabe (then again, it was a Malagasy waitress explaining this to me, so you have to take the explanation with a grain of salt). I biked to all the places I knew with wifi, and nothing. There’s the fact that my electricity for the past month has consisted of a single light bulb strung from my neighbor’s house with all sorts of sketchy electrical wiring that I’m a wee-bit afraid of. (I walk to the other side of the school compound about twice a day to charge my computer in the English Center, if you’re curious.) There’s even that one goat that jumped on me while I was biking to get to a wifi spot, leaving me limping into the café after his hoof smacked my foot.

I love blogging and I love sharing my travel experiences, but behind every post I’ve made there was probably quite a few moments of me shouting “ARRRGGG WILL YOU LOAD ALREADY!” at my computer. So guys, for me, tell your kids “appreciate that fast internet connection you have – there are Peace Corps volunteers in Africa with dial up.”

Photo: I may or may not have had a couple of beers when someone tossed that fake turtle at me