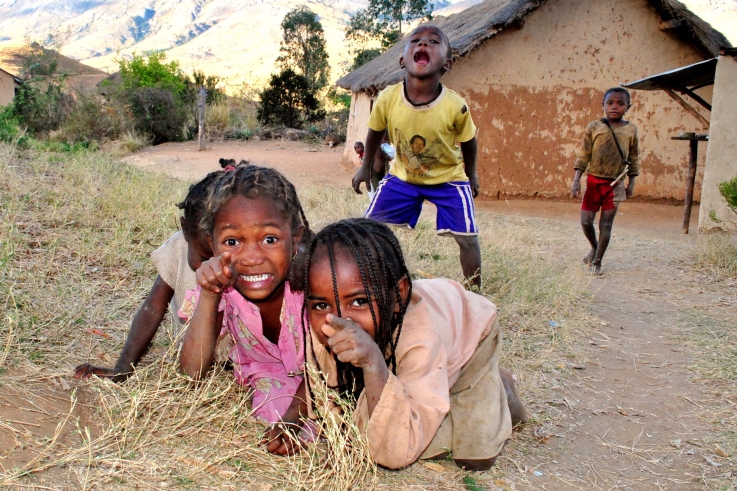 Usually, this occurs when someone says something totally benign and innocent, but is unaware that they’re the tenth person to say the same phrase on that particular occasion that I have boldly left my house. It ranges from remarks about my language skills – how I so incredibly speak their language – or pointing out to anyone who may not have noticed that I am, indeed, white, to a steady, never-ending stream of sexual harassment. Slurred, terribly pronounced French terms of endearment flow out of bars – “bonzour sehr-eee” (bonjour, cheri) – and make me cringe. If I ever date a French boy, he’ll be disappointed to learn that whispering “cheri” or “ma belle” will now only induce eye-twitching and a slight impulse to slap him, rather than the intended swooning.

It’s provoked by that hard, unbroken staring that is totally OK in Madagascar, but I still interpret as rude or annoying by my own ethnocentrism (especially on the one occasion where I began crying because every taxi I talked to was refusing to take me across town, and for a full minute a woman with about five teeth in her mouth and a dirty basket of bananas on her head stood inches from my face watching me but not saying a single word.)

Other times, it’s the unfortunate twists of fate where I find myself sitting next to a two-year-old on a bus who decides to scream for two hours straight or the bus driver has church hymns and outdated Celine Dion songs playing at full blast on blown-out subwoofers. It’s the 60km bus ride on paved road that takes four hours because the engine on the bus exploded… twice. It’s stopping every ten minutes to load or unload crap off the top of the bus. It’s being at a bus station where everyone is talking to me at once, in two different languages that are equally foreign to me.

Then finally, my inner monologue switches to this jumbled cluster of frustrated noises when a student sees me at three in the afternoon and shouts “GOOD MORNING TEACHER!” even though I’ve corrected said student innumerable times.

I don’t mean to imply that I dislike living in Madagascar; it’s just that it seems the little, constant, daily annoyances wear me down the most. Anyone who lives abroad can most likely relate, and in turn it makes me wonder about those newcomers, expats, and immigrants, in the United States. What is it about America that would make them have these same frustrated reactions? What do we say/do that irritates them? I suspect that Americans, like Malagasy, generally remain oblivious when they offend or irk a foreigner, but after my own experiences as an expat, it’s gotten me curious…

Jessie! Your stories continue to interest. I know how much the little stuff can add up. (side note: I had a friend who is 6’8″, and his whole life everyone would say stuff like “you’re so tall.” wait, really? I AM?)
I also wonder, do expats in the US feel equally frustrated? Can one ever get used to not quite fitting with everything? Well, continued best of luck. We USers marvel at your bravery.

Thanks Dan! I think your tall friend would definitely be able to relate to these constant statements of the obvious (Yeah? I have a tattoo? I didn’t realize…) and difficulties of fitting in. I suppose it’s a struggle no matter where we’re at though!

I am 6‘4“ and I get this all the time. Though speaking of American annoyances, now in a twist of fate I get it at home, too, when I come back from China and people say, “Wow, you must be really tall in China,” as if there was something in the food there to make me grow again. Thankfully my mom now jumps in to say, “Actually, there are fifty-six different ethnic groups in China, nor are Chinese people particularly short. Probably you’re thinking of Japan?” Wait, they’re not the same!?