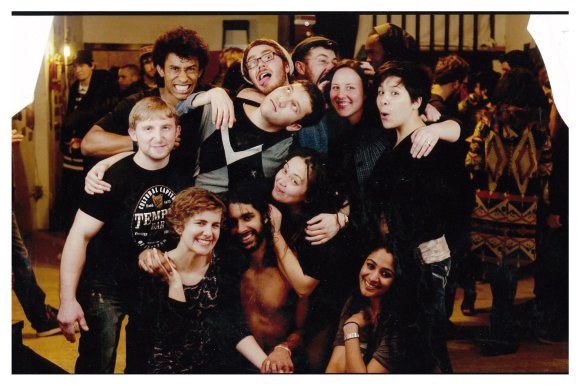 The Seattle Freeze
“So, you’re new here?” the obviously drunk girl in front of me in line for the bathroom asked, “have you ever heard of the ‘Seattle Freeze’?” “No, I haven’t,” I replied, and as though she were purposely continuing the mystique of the question, she merely said “look it up,” and went to the next open stall.

According to a Seattle Times article (and not the drunk girl), the Seattle Freeze is a sort of “have-a-nice-day-(elsewhere)” mentality that many transplants to Seattle experience. People in the Pacific Northwest are notorious for their polite, laid-back demeanor, but newcomers to the city find it difficult to get past these initial, superficial interactions and form a circle of friends.

Breaking the Ice
My experience of moving to Seattle felt nothing like the frustrations transplants in the article and at various temp jobs spoke of. In attempt to make friends, I decided to tap in to one of the many resources for meeting people I use while traveling: Couchsurfing (CS). If it works when I’m on the road, why shouldn’t it work when I’m relocating to a different city?

I approached moving the way I would traveling and in the process discovered that although Couchsurfing generally has a reputation as a resource for connecting travelers and locals, local CS communities put like-minded travelers and travel enthusiasts in touch who, for whatever reason, aren’t traveling. “Couchsurfers are naturally curious people,” one friend theorized, “and I think you have to have a sort of open mindset to sign up for the site in the first place that makes it so easy to befriend strangers.”

celebrated their second annual camping trip (which I was lucky to be a part of!) a few weeks ago and more than 45 couchsurfers and friends drove out to the Olympic Peninsula for a friendly take over of 5 camp sites and to meet new people living in and around Seattle. Although some travelers joined the epic camp trip, most attendees were either transplants or natives to Seattle. Some found linking up with fellow CS-ers at home a way to cope with coming back from a long trip, while others were simply interested in making friends with other well-traveled, adventurous people. Either way, the trip demonstrated CS’s ability to be more than just a travel resource.

Find CS-ers in Your Area
In both Washington D.C. (my hometown) and Seattle (my new town), regular CS happy hour events were posted on the “groups” forums as well as other random hikes, yoga sessions, or outings to art galleries and outdoor cinemas. There’s even a CS camp at Burning Man now. Sift through community posts by location or theme, or browse events in your area. Alternatively, if you have an idea of something you’d like to do, create an event or post yourself — even if you don’t know anyone, you may be surprised by the responses you receive.

However, while Seattle has a unusally active group — with at least 2 or 3 meetups with great turnout each week — not every city has such a strong bond between local CS-ers. Maybe it’s the Seattle Freeze or high rate of transplants that pushed us towards alternative ways of making friends, maybe not. In any case, I’d like to think Seattle is living proof of the potential CS has for bringing people together, both on the road and off.

2 replies on “Couchsurfing Beyond Travel: Getting Involved in Local CS Communities”

This sounds like a really cool community!!:) Looks like there’s lots of fun too…must be an awesome experience!!;)

For sure, and we’re always welcome to new members!